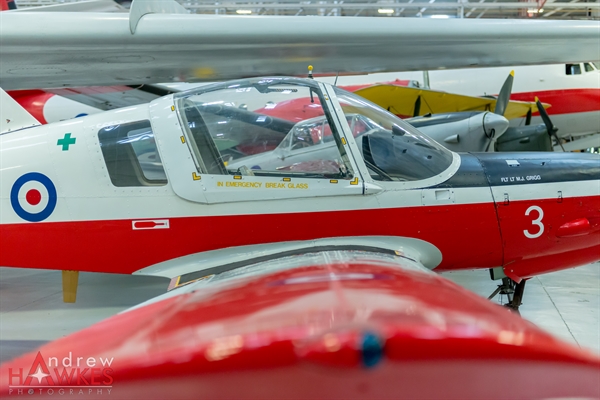 On 21 June 1998 four additional galleries were opened, housing art, temporary exhibitions and other aviation subjects. 13 May 2002 saw the relocation of the RAF Museum Conservation Centre from Cardington, Bedfordshire to Cosford. The Centre, costing £2.4 million, was opened by Marshal of the Royal Air Force Sir Michael Beetham and is named after him.
Back
Previous
Next